Fairly short common route; not a whole lot happens but this is the gist of it. I thought about just including it in a route post but I might as well make its own. Anyway, this is the start of the FD.

Rin is spending her time normally in the village. It’s spring vacation and Rin is gathering ingredients from Manatsu. Basically Rin is a bit unsure of the future and isn’t sure what she wants. On Rin’s way to school she asks Uta and Yomi what they want to do in the future. Though Ayakashi don’t really have to worry about that sort of thing but Rin thinks even Ayakashi should have a sort of goal they want. Anyway, once they get to school they have a new transfer student named Kimura Asagi. They start on a first name basis and get along pretty quickly. 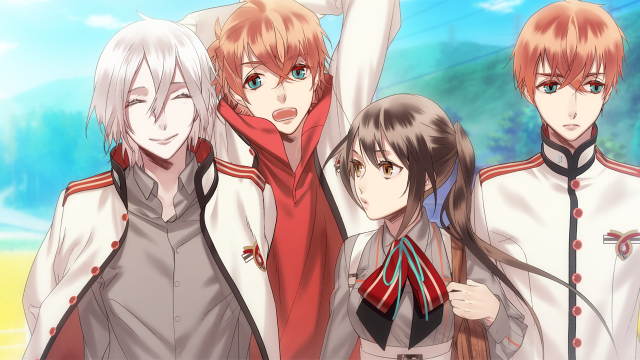 After class Asagi asks Rin to be his guide and show him around the school. Yomi and Uta are dragged along as well. Once Rin gives Asagi the tour of the school, his stomach growls so Rin decides to invite him to eat Gin’s food at her house along with Yomi and Uta. Once they get back they all have Naporitan which is a pasta dish together. Afterwords, Aasagi leaves after having dinner with them and Rin helps Yomi do the dishes. During which Yomi tells Rin he noticed she seemed out of it at school today. Rin notices he must’ve been worried about her and tells him she’s fine but thanks him. Yomi obviously gets tsun about though, lol.

The next day Manatsu visits asking for Gin since he wants to give him a 貝殻 since it was his sister’s. He brings it to Gin and they find a small Ayakashi inside it. It’s a Kaiko (shellfish child) and had been asleep the entire time but woke up suddenly. Manatsu brought him basically cause he wouldn’t shut up and kept crying every night lol. Asagi then randomly appears and Rin doesn’t know if she should invite him because they’re having an Ayakashi ordeal but she simply can’t refuse him and let’s him in. So since Asagi is there, Manatsu ends up saying they were talking about him having troubling sleeping because there’s a baby crying all night nearby and he can’t sleep. But Asagi is obviously sharper than he looks and figures out they’re talking about the small boy on the table. This surprises everyone since he can see him, and Asagi introduces himself to the Ayakashi’s who’s name is Ayame. Anyway, Rin decides that she’ll keep him in her room to try and calm him down if he starts crying.

And to her dismay, he wakes up in the middle of the night and starts crying. She takes him downstairs and decides to make him something to eat. Yomi is woken up and hears Rin in the kitchen. She tells him that she wanted to make Ayame something to eat so he decides he’ll help her out but only cause he wants him to stop crying so he can go to sleep (yeah right). Anyway, after they make it they give it to Ayame who loves it and stops crying immediately. At school Rin explains to Asagi that she calmed him down by making him a rice & egg porridge. So the next night Ayame cries again and wakes up Gin this time. She pats his head gently though and makes him stop crying. Gin also pats Rin on the head. When Gin leaves Rin’s room he finds Yomi there. Apparently he’s worried about Rin not getting enough sleep but Gin says if they can’t figure out something soon they’ll get Kami-sama to help. 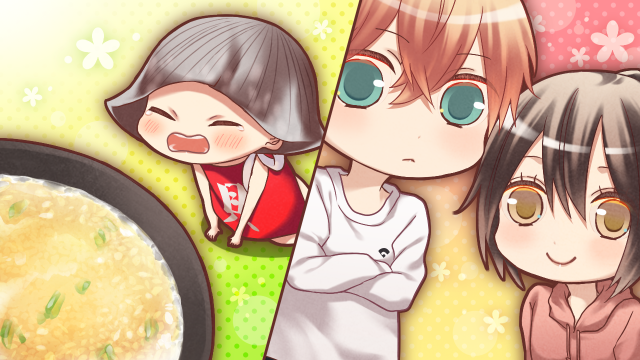 The next morning Rin is sleepy from not getting much sleep because of Ayame. That night Yomi says he’ll take him to his room so Rin can get some sleep. The next day Asagi takes Rin to meet the water imp (though she met him before in the first game) and asks him to show his seashell collection. So they borrow from him and when they get back they paint on the pairs. Soon they Gin makes food for them all and they play a shellfish matching game together.

Summer vacation was over and they reached the interview period for their class. So basically its for what Rin wants to do for school and such. Though Rin doesn’t want to leave the village to go to a university so she wrote down she wants to find a job. He also hands her two course papers that Yomi and Uta turned in. They left it blank and he wanted Rin to notify their guardian of that. Rin told Uta and Yomi not that it really matters anyway. They then notice Asagi with Tanume who appears and tell them to come home. They meet this Tanooki who’s basically a first lady of tanooki’s named Otaki. Anyway, she wants the two tanooki to learn the customs of a human and wants Rin to teach them. Rin’s all “ehh idk about that” but she’s like “nope u gotta” so yeah. Basically Rin assigns everyone duties for cooking lessons like Yomi on cleaning, Asagi on serving, and Manatsu managing the prices and such. As for Uta… he’ll give support lol. So basically they undergo training by everyone in regards to cooking. Rin then wants them to cook for the harvest festival coming up for good practice since a lot of humans and ayakashi attend. During the festival, they serve Otaki food and do really well. Otaki was concerned for the two because they didn’t have parents growing up and didn’t know if they could manage on their own.

Thoughts:
Not much to say, honestly. It was fairly short, and I kind of wish something more eventful happened tbh.