I actually meant to get an update in September but it’s already October. Anyway, I’ve made good progress this past month! I have two routes completed and now it’s just 3 more and then finishing up the common route (omake as well). I’m still looking for translators. If you’re willing to help just message me or email me at: cuteblossum@hotmail.com. I’m serious when I say this’ll go a lot faster if I have at least one other translator helping me out.

I should note that the common route has a lot of scripts, but most of them are pretty short. Truthfully I feel like I should’ve gotten it over with before the routes, but that was cause I was eager to get the routes done first lol. So with that in mind, the progress is actually further than it seems. Anyways, that’s all for now but stay tuned for more updates. I’m currently translating Ame’s route right now!~ 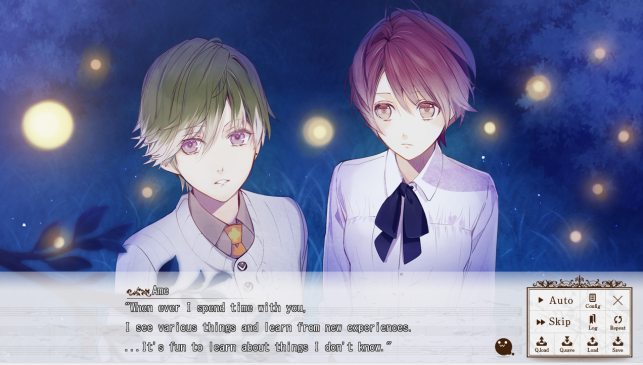