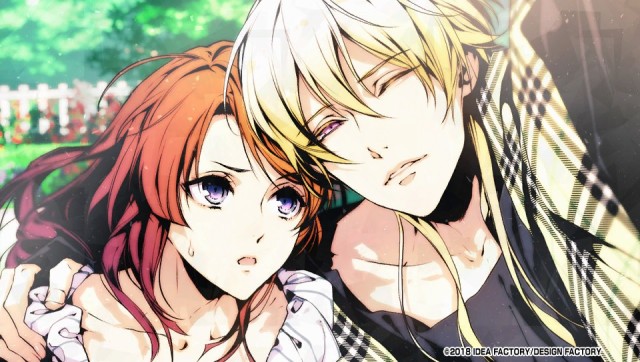 Shion (CV: Nojima Kenji)  is one of the more mysterious guys of the group who is described as a gigolo. He loves beautiful/clean things which is why he doesn’t like animals. He’s usually looking at fashion magazines since he loves fashion and looking good.

One day, Hibari notices him looking at various fashion magazines and suggest Hibari wear different clothes that are more “her” style. Hibari secretly feels she does want to wear her own clothes since Kasuga is the one who shops for her. Shion also shows Hibari his terrarium collection. He offers to help her to try and make one on her own which she does. After doing so, he asks her to out on a date which Hibari accidentally accepts.

So on the day of their date, Shion takes Hibari around the city and asks if she normally goes out a lot with her friends. But she tells him she only really goes out with Tsumugi. As for Shion, his hobbies usually consist of making terrariums and sleeping lol. After their day ends, some strange man calls out to Shion and he tells Hibari to leave ahead of him. The man ends up pushing him into a car, leading Hibari to believe he had been kidnapped. Hibari comes home to tell everyone this in a panic but they tell her to calm down. Hibari of course continues to assume the worst until she receives a text from Shion saying he’s coming home.

When he does, Hibari is super worried but Shion acts nonchalant about it, saying his friend often “kidnaps” him. Not realizing how insensitive he’s being to Hibari’s feelings, Hibari storms off in anger and stays locked in her room. Finally, Shion realizes his actions and apologizes to Hibari personally for acting insensitive. He tells her he’ll do whatever she wants so as long as she forgives him. So, the following date they have, Hibari takes Shion to a cat cafe. Shion, who can’t stand animals, begs for Hibari’s forgiveness as cats crawl all over him lmao.

So Hibari chooses Shion as her temporary marriage candidate. One day, Hibari goes to try and wake up Shion since Nayuta fears him and ends up seeing a cute side of him where he acts like a girl and needs to do his hair and wash his face before coming out lmao. After this, Hibari accepts to replace a position at school where she’ll have to speak english and studies hard to do so to the point where she’s worrying everyone. However, Shion sprays some perfume on her to relax her which ends up doing so. After this, Hibari starts having doubts about Shion and feels like he’s just in it for the money. He reaffirms it isn’t true though and tells her she’s a special case and believes she’ll give him something “special” which he’ll only reveal if she chooses him.

One day, Hibari goes to a photography exhibition with Tsumugi where a famous french photographer named Leclerc takes photos of kids. The two of them meet a kid cosplayer named Ruu with Tsumugi who’s a big fan of their cosplays on social media. They notice a picture by someone named ‘Amethyst’ who looks like an angel. Hibari later finds out from Shion the photo is actually him when he used to model. Hibari is shocked and when Shion asks to visit the museum with her, they encounter Ruu again who begs Shion to help him become a model for Leclerc’s photos since he’s at the age limit. But Shion refuses and leaves since he doesn’t want to talk about it anymore. Eventually Hibari does her own research and finds out that this french photographer ‘Leclerc’is actually Ruu’s father and hears he abandoned him.

One day, Shion asks to see Hibari in his room to share a new pair perfume with her. He also applies one similar so that when they’re together, it smells like a rose garden. Hibari gets super embarrassed by this and says its embarrassing. Shion says they can just apply it on dates which is even mroe embarrassing to her and she runs away saying she has to go to bed. After this encounter, Hibari finds herself embarrassed around Shion a lot even though she doesn’t know she even likes him or not. After this, Ruu asks Hibari to let him reconcile with Shion. However, he really just wanted to get a photo for a “scoop” on him and ended up using Hibari for it.

Hibari ends up feeling bad about it but Shion assures her he’s not angry but rather feels its his fault for involving her in his affair. He also tells her he wants to make her at ease and spoil her anyway he can and holds her hands. Hibari tells him to let go but he refuses while she blushes madly in annoyance. After this, they see the “scoop” Ruu wanted on TV but they made a deal with him to not reveal his relationship with Shion or to publish a photo with Hibari present. Eventually, Hibari finds herself more and more flustered by Shion and can barely look him in the eye without getting flustered. She starts to realize she may have feelings for him but doesn’t know if its love or not.

Meanwhile, Shion thinks of ways to pamper Hibari such as suggesting ways to do or wash her hair more freely than she usually does. Eventually, he ends up stroking her head when she comes home to relax her. Hibari is embarrassed by it at first but doesn’t dislike it so she lets him do it. He then decides that he’ll hug her once a day for 30 seconds to relieve her stress. Hibari decides to let him do it much to her embarrassment but because she’s too shy to have other people see he decides to hug her in his room lmao. When going on their next date, a man tries to scout Shion for a model position and he promptly refuses.

Shion then finally decides to reveal his past to Hibari since he could tell she was curious for a while. He reveals he never really knew his father because him and his mother divorced. His name was Claude and it wasn’t only until he was 6 years old when he met him. But when he did, he met him as a client to work as his model for his “angel” photo and told him to call him by his first name. Without establishing a father/son relationship, Shion grew too old for his angel photos and his father stopped contacting him. Hibari feels sorry for Shion not having a normal father/son relationship. However, he is okay with the relationship they have now and doesn’t wish to change it.

So, Hibari continues her therapy with Shion where he hugs her lmao. One day, Taiga walks in on it making Hibari lose her shit and get super embarrassed and makes excuses for it. After this, she realizes she may have feelings for Shion and consults Arimura. She says they should confirm their feelings for one another but also makes a suggestion she doesn’t recommend which is giving Shion an ultimatum of going back into modeling if he wants to marry her. So when Hibari and Shion go on a date, she tries to understand why he won’t want a job but he claims he’s not qualified enough anyway. Unfortunately, after Shion confesses his feelings to Hibari, she gives him this ultimatum which he declines. Hibari doesn’t understand his decision in not wanting a job and ends up saying he’s not qualified to be part of the Tojo family. 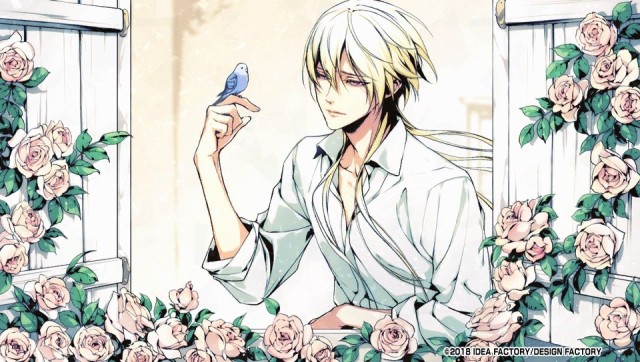 After this, Hibari is regretting her words while Shion doesn’t come home for a while. She ends up finding out he went back into modeling after finding him on a commercial for make-up. He admits he thought about it and wanted to get a job for her sake. However, Hibari finds she’s not happy about it and if anything it has made them unable to see each other less because of how busy Shion is. Because of this, Shion tells Hibari he intends to leave Japan so he can better himself and earn a better social status for her. She tells him not to go but he gives her a kiss before leaving and tells her goodbye. Meanwhile, Shion asks Ruu for a request in exchange he’ll give him advice on how to be an angel for Leclerc.

So Shion’s 2nd commercial airs with him advertising eye shadow. Hibari finds out from Ruu that Shion is going to have to do a kiss scene in the 3rd commercial since its in three parts. This bothers Hibari but says if its his work then she can’t stop him. All the while Shion is the new hype and Hibari can’t stand to hear it. One day after school, Arimura tells Hibari she is clearly jealous and lonely without Shion and says she’ll need to make a choice. Either she lets Shion work and endure her loneliness or he stops working and Hibari basically becomes his sugar mama in terms of finance. Kasuga thinks choosing Shion would be a bad idea and claims he taints her mind but Hibari doesn’t agree.

Finally, Hibari makes her decision and tells everyone she chooses Shion as her husband. Everyone figured as much but Kasuga (who had a bad relationship with him and told her he’s bad for her) doesn’t agree with her decision and is butthurt saying she’ll need to find a new butler too. Hibari tries to convince him she needs the both of them but he just leaves silently 😒 . After this it becomes a race for Hibari to find Shion and tell him her feelings. She makes it to the midtown tree where the filming is taking place and first Shion applies lip gloss to her lips before she confesses her feelings to Shion.

After that, she finds out she was actually being filmed and Ruu liee about an actress doing a kiss scene with Shion cause it was actually for Hibari all along lmao. After watching the commercial, Hibari sulks out of embarrassment and Shion kisses her. In the epilogue, Shion gets sulky because Hibari is paying so much attention to Ruu on social media lmao.

Thoughts:  Honestly, I didn’t really enjoy Shion’s route, nor did I care for him as a character. But, I didn’t hate him. I think I just like him better as someone who is a support for Hibari. I mean that and he’s just not my type at all?? Anyway, his route was just kind of… boring. It was kind of cute and funny he would just hug her everyday to relieve Hibari’s stress lol. But also there was weird parts about it too. The thing with his dad was really weird. I mean, taking photos (of basically half naked) children seems extremely close to some sort of pedophilia. I actually initially thought he may have been abused by him when he kept being secretive about his dad. I guess it wasn’t the case but its still weird af; especially with his dad having an age limit for his photos. I don’t think I’ll get over that detail in his route.  ;/ Aside from that though, I actually really enjoyed seeing how hostile he was towards Kasuga in this route considering how much of a shit he was being.