Hino (CV: Shimazaki Nobunaga) is Ichiko’s childhood friend who is  usually optimistic and hates losing. He  attends the same university as her and is a closet otaku of cute things and actually collects merchandise.

Ichiko gets ready in her Yutaka to meet with Hino in the lobby. She tells Yuki she’s going to go meet him and goes to buy a drink outside. Hino meets her in a yutaka as well and Ichiko gives Hino the drink she bought for him. She also thanks him for wanting to help her find her brother. Hino tells her she doesn’t nees to thank him and that he’s sure they’ll find clues to where he is. So, they head towards the festival as it starts and Ichiko stuffs down takoyaki. After that, Ichiko sees a shooting game and wants to try and win a keychain. Kagura then randomly appears and asks to take a picture of Ichiko again. Hino shoos him away but he warns them that a dark ominous cloud looms over tonight and to be wary.

After he leaves, Hino drops his pride and grabs the gun from Ichiko to try and win the prize for her. But he starts hyperventilating and loses his shit, falling unconscious. Kagura calls for help and gets Sousuke to examine him. He asks Ichiko if he has any sort od trauma with anything but Ichiko tells him none that she’s aware of. So Hino rests in Ichiko’s lap as the fireworks go off. When they get back to the hotel, Hino is resting in his room. Sousuke leaves and tells Ichiko to call him if anything happens and leaves to look for Karasuma who was heading towards the mountain. Ichiko goes to check up on Hino and finds him awake and talking to a cat lmao.

The next morning, Ichiko bumps into Hino who was having a morning run. He apologizes for last night and thanks her for allowing him to use her knee as a pillow lol. He also tells her not to tell anyone about her missing brother since he doesn’t think they can trust anyone fully yet. After that, Ichiko changes clothes and gets ready to do her shift in the hotel. She sees Karasuma during her shift and he asks why she came to such a boring city. She lies and says “sightseeing” though. After she does, she meets with Hino and they go to town to investigate her missing brother. They visit Yasu and don’t get much luck gathering info from him but find out that the owner of the hotel about the investigation of her brother (since he was the one who halted the investigation).

They then decide to grab lunch and head near Yuki’s middle school. A woman almost runs Ichiko over so Hino gets pissed at her. She end asks for directions to the school and when Hino says he doesn’t know, she leaves in a rage and complains how she hates the countryside and how there’s no service for her phone. When she leaves, Hino and Ichiko end up near Yuki’s school. They manage to find a shop and buy bread and ramune. Ichiko struggles to get her marble in the bottle since she threw out the piece to push it. So Hino attempts to push in the marble with his hands and when he does, it fizzes all over him. Ichiko helps clean him up but then gets all self-conscious about his strong man body. 👀

After they leave the candy store, they pass by an abandoned home. Hino says it gives him deja-vu as if he’s seen it before. Anyway, they pass that point and reach a tunnel that leads to the mountains. There’s a sign that says that entering is not allowed and decide against entering. So they head back to the hotel to find out from Yuki that the concert that was supposed to be held at his school was cancelled. As Yua walks Yuki home, Yuzuki appears. Ichiko tries to ask about why its forbidden to enter the mountains, but he tells her as an outsider to not pry in affairs that have nothing to do with her. He also lets them know the bath is broken so Ichiko and Hino get food together.

That night, Hino asks Ichiko to clean the bath with him since the reason they weren’t able to be used was because they were clogged up. So Ichiko goes with Hino to clean up the bath together. But as they finish up cleaning Hino ends up slipping and falling on top of Ichiko in the process. They both gaze at each other for a while and just as it seems like Hino is going in for a kiss, Yuzuki appears and tells them to flirt elsewhere lmao. The next morning, Ichiko leaves the hotel to look for Hino who she assumed went to the temple. She gets worried thinking something may have happened to him; but when she gets there she finds Karasuma who asks what she’d do if she saw a dead man come back to life. 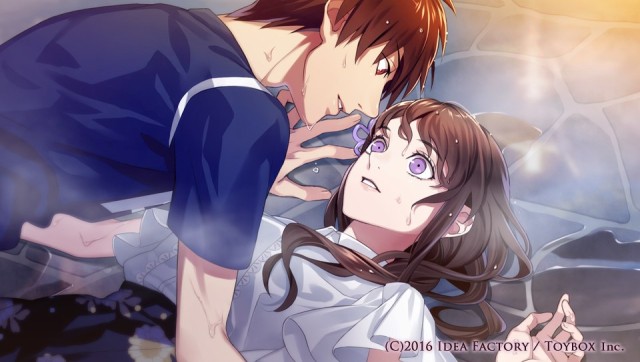 After he leaves, she gets a call from a worried Hino telling her to stay where she is since Kagura the photographer was stabbed. As she waits there she ends up falling asleep and having a nostalgic dream. Hino ends up waking her up in a panic and embraces her closely. She tells him she remembers the smell of a flower reminding her of her brother and hopes they can continue searching for him together. Hino asks if she doesn’t remember about a haunted house in their childhood but she says she doesn’t. Regardless he promises he won’t leave her side and this time he’ll protect her no matter what.

The next day Kagura is taken to the hospital. Hino and Ichiko go visit him and thankfully he wasn’t fatally injured. He explains that from what he knows no one bears a grudge against him but remembers smelling something sweet when the culprit hit him. He then brings up how Hino was afraid of guns and Hino quickly intervenes to change the subject. Hino apologizes for showing such a weak side of his before when he collapsed and they leave to go investigate more. Hino decides to investigate the tunnel since he has a flashlight. When they head towards to the tunnel to mountains, its barricaded off by Yasu and he shoos them away, telling them that due to the incidents its too dangerous for them to enter.

When they get back to the hotel, Yuzuki tells them they’ll be closing the hotel in three days due to the recent incidents happening in town. In order to protect the town and make their protection a priority, he cancelled the live showing (so no new outsiders would appear) and decided that all outsiders like Hino and Ichiko are to leave while the hotel is closed. So after this announcement everyone decides to hold a final party tomorrow night. That night, Hino and Ichiko sneak into the pool at the middle school and watch the stars together. On their way back, they see the Okunezato panda standing creepily in the distance lmao.

The next day the Okunezato Occult Club gathers for one last party together before the hotel is closed. After that, Hino tells Ichiko that they should leave Okunezato tomorrow instead and wait until it settles down to come back. But Ichiko objects and tells him she wants to continue to look for her brother and hopes the smell of the flower is the best clue to finding him. She then asks him to tell her the truth about what happened to him in the past with her brother and so they go to the riverside to talk privately. He tells her he wanted to impress her and make her smile like her brother did, so he took her to a sort of cabin that was known as a “haunted house” among kids.

But what they found at that shack was a serial killer living there. He ended up taking Ichiko hostage and told Hino to shoot him, giving him his gun. Ichiko was choked until she fell unconscious and then her brother appeared, taking the gun from Hino, and shooting the killer. Because of this, Hino got a PSTD for guns and felt guilty for not being able to protect Ichiko. Even her brother told him to stay away from her for not being able to protect her. He also told him she’s a target by certain adults but didn’t say why. Ichiko hugs him and thanks him for protecting her all this time. But before Hino can confess his feelings, he’s shot in the leg. 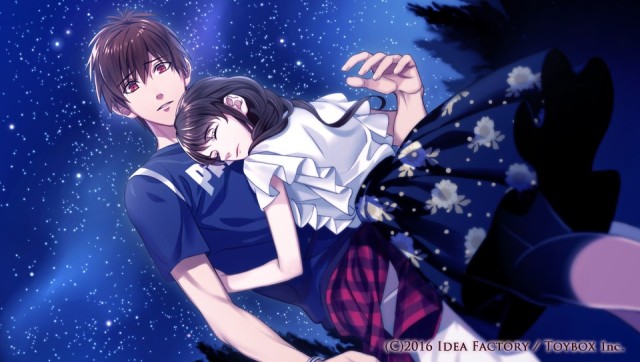 Yasu and Sousuke come arrive after hearing the gun shot and help to take Hino to the hospital. They find out his injury isn’t lethal but Yuzuki told Ichiko she can’t stay with Hino while he recovers and has to go back to Tokyo. Kagura promises to take care of Hino and take him back since he’ll be discharged from the hospital when Hino’s recovered. Before leaving he gives Ichiko a letter that was left by an unknown sender. When she reads it, the letter tells her to go to the barricaded tunnel at 4 pm or else her brother will be killed. So she decides to leave and thanks Hino in his sleep.

When she goes to the tunnel to the shrine, she finds her brother’s clothes there. She’s then encountered by the culprit who shot Hino as he’s beating Karasuma to a pulp. He claims he’s the same guy that Hino couldn’t shoot in the shack. He admits to shooting Hino to get him out of the way and lure Ichiko out so he could kill her. He tells her that her brother is long dead and just before he can kill her, Hino shows up and punches him. So he gets pissed and after raging, hands him a gun like before and tells him to shoot him while he counts down from 10. Just as he does, Hino manages to shoot but there’s no bullets in the gun. Thankfully, Karasuma wakes up and says he’ll erase him from this world after using a power to make the both of them disappear.

After that, Hino collapses in Ichiko’s arms since he’s still weak from getting shot. He weakly asks if he was able to redeem himself and Ichiko tells hin he did and that he was never a coward. He tells her that ever since he met her he wanted to make her smile and after the incident, he swore in the hospital room that he would protect her from then on. After that, the two of them visit her brother’s grave and Hino swears to protect Ichiko and always confesses he’s always been in love with her. In the normal end (more like bad end but eh) Hino sacrifices himself to save Ichiko from the masked man.

Final Thoughts: Hino is your typical childhood friend who tries to give Ichiko a thousand hints of his obvious crush on her lmao. I liked Hino as a character, but I felt like his route was the least eventful. I guess it makes sense considering the game forces you to do him first (so it doesn’t reveal much) but due to that it felt a bit too slice-of-life and not enough murder mystery to be had. I guess I just felt like there was something missing in his route… like, I wanted more than what I got. Either way, he was still cute regardless.