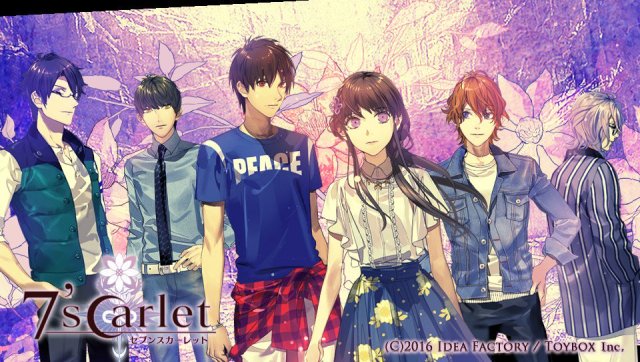 The protagonist, Ichiko, wakes up in a daze to see her childhood friend, Hino. They both attend the same university and decide to visit Okunezato, a town shaped like a crescent moon with many mysteries, to find clues of her missing brother. One year ago, her older brother suddenly disappeared in this said town. Hino tells her about the “Okunezato Occult Club” a website where its visitors discuss the mysteries and legends of Okunezato. So because offline meetings between visitors take place during summer break, Hino suggests they look more into her brother’s disappearance.

So they take a bus ride to the town while Hino tries to take a nap. The bus driver tells Ichiko a bit about the town like how its a mysterious place where young people like to often visit and how it has a population about 2,500 people. Once they make it to the town, both Ichiko and Hino make their way to the hotel they’re to stay at. Since Hino can’t find a way in, he decides to look for another entrance while Ichiko waits for him. While she does, she feels like eyes are watching her. After that, a man scares her and tells her not to block the entrance. Soon Hino arrives and they’re able to go inside the hotel. When they do, they’re greeted by a young man named Isora, who’s a part time cook at the hotel.

He tells them about his cafe and that he’s the only one working there since their owner is such a hardass who won’t hire people in the hotel. After he leaves, Hino comments on how they seem really understaffed considering there’s no one at the desk. Soon a girl appears and she tells them their rooms aren’t ready yet so they decide to check out the town some more. As they so, they visit some souvenir shops where Ichiko basically discovers Hino is a closet otaku for cute mascot characters and buying the Okunepanda merch for Okunezato. 😂 They also find out about one of the seven wonders of Okunezato being a Okunepanda cosutme wandering around and waving at people near the bridge but no one knowing whi the hell it is lmao.

So Hino and Ichiko decide to split up temporarily while Ichiko goes to the library to find a Okunezato guidebook. She ends up falling while trying to grab the book though cause oops overused trope klutz time in otome games but a handsome megane ikemen catches her fall. He’s very serious and matter-of-fact about it though and leaves after helping her grab the book. After that, Ichiko meets up with Hino at a shrine and there they find a guy who tripped with a pile of cats all over him lmao. He tells Hino and Ichiko he loves cats but tripped with cat treats in his pockets do they all fell on him along with a ton of cats lmao. After he leaves, Hino and Ichiko head back to the hotel.

When they get back to the hotel, they meet a boy named Yuki who’s a middle school prodigy boy who hates being treated like a kid and is student council president of his middle school. He helps out at the hotel during summer break since their very short staffed. The girl who was there before named Yua appears and Ichiko returns her bag to her. They only intend to stay a few days but Yua suggests they work at their hotel to earn money and stay a little longer. Since this could prove to having more time to investigate her brother, Ichiko and Hino agree to working at the hotel.

That night, Ichiko and Hino go to the 8’oclock meeting thats to be held by the occult club members. Since the leader is nowhere to be found, Yuki acts as the leader and gets everyone to introduce themself. First, there’s the live-in chef of the hotel named Amari Isora, the cat loving otaku Kushinada Toa, the medical student Tatehira Sousuke, and the video game lover worker named Susano Yua. Hino and Ichiko also introduce themselves and Ichiko mentions her missing brother and how she joined their group to find more about it. Afterwords, they discuss one of the mysteries of Okunezato. One being a mysterious flower called “Shiseisou” thats said to be able to resurrect the dead. Its said that it keeps a dead person alive. So, Isora suggests they have a BBQ by the river while investigating this mystery.

Meanwhile, a photographer named Tsukuyomi Kagura comes and introduces himself. He found himself interested in their group to take photos of mysterious stuff and takes a photo of them all to commerate their moment. After this, novelist named Karasuma Chikage gets pissed that these “kids” are fooling around in the hotel and leaves. Yua asks Yuki about a dead person being revived and Yuki explains they would appear to be a normal living being but would have to be doing something to stay alive in their world. Yuki emphasizes its just a legend, but tells them that in order for dead person to stay alive in their body, they must continue to murder human beings for all eternity. And is said to also be Iwanagahime’s curse as well.

The next day, Ichiko works at the hotel while everyone gets the BBQ prepared. Afterwords, they all have their BBQ and Sousuke arrives to save the day and the burnt meat by handling the BBQ because everyone else is a noob lmao. After that, Ichiko decides to go swimming in the river with Hino. When she gets back, they meet Yasu, the police officer of the town. He briefly tells them that someone died from falling off one of the cliffs and were investigating the area. Its then the owner, Murakumo Yuzuki, appears and introduces himself as the owner of the hotel and Yasu’s childhood friend. He tells them to not pry in the police affairs before leaving.

The next day, Ichiko meets Kagura and he shows her the photo he took of all of them. He suggests her to model for him and she declines saying she she’s going to the festival. He tells her he’ll ask her again when she’s free and leaves. Yuki then appears and tells Ichiko that Yuzuki is calling for her. She meets Yuzuki in his office and he gets straight to the point and asks what her purpose is for coming to this town. Ichiko tells him she just decided to come with her friends. He accuses her of lying but decides to back down and tells her to leave. That night, Ichiko decides to go to the summer festival.

Final Thoughts: Well, it literally took me a year to finally play this from the release date (I started it in July last year but got sucked into Collar x Malice and stopped lmao) so I’m glad I could finally finish it. That being said, I think I know why I fell out of it. The story kind of starts off pretty slow and nothing reeeeally picks up until you get to the routes after Hino and Isora. Although I can see why Aksys decided to pick this game up. It really has that murder mystery vibe and the question “who’s the killer?” running in your mind. Because it took place in a rural town it reminded me of the persona 4 detective gang lmao. Anyway, I think this game had potential of being really great but to me it fell a little flat because of how short the story was and how some things could’ve been written better.

Story –  The mystery/murder aspect of the story is really unique in otome games so it definitely stands out. Although, the story fell a bit short in the end because there wasn’t enough content or the writing just wasn’t as consistent in the beginning to end. So, what annoys me is that this game had the potential to be really good if more time was taken. It certainly has a good shock factor though and there were a few jump scares here and there.

Characters – The characters in this game are definitely great, but I wanted more. The routes felt very short, so I felt like I didn’t get to see them fleshed out as much as they could’ve been. Even certain sub characters like Yuki you didn’t find that much about. That being said, they’re all really likable and some of them end up being different than you expect from first impression.

Visuals & System – Toybox strikes again! I really wish there were moving sprites for this game but the moving backgrounds and cinematics made up for it. I was so used to play visual novels that just have pictures and text that I didn’t actually expect basically moving graphics all of a sudden. Anyway, it definitely set the mood for the mystery and suspense for the game.

Music – The music was really pretty in this game and I was actually surprised how much I liked it. Some of the tracks sounded like Persona and Tales of. The OP was weird visually (like a karaoke video lmao) but the song was so great. I wasn’t really a fan of the ED songs though, I did like Showtaro’s Lovesick song though.

Final Thoughts:  I wasn’t sure what to expect with this game at first. My literal first impression if I remember correctly was slice-of-life but clearly I was wrong lol (otherwise Aksys wouldn’t have localized it). Either way, I am actually surprised this game got picked up mainly because its not solely plot focused at first (and aksys has a trend of picking the more plot-related games). Although if I were to guess, I think it has to do with that the same artist AND developer, Toybox, did Tokyo Twilight Ghost hunters which was localized by them. Anyway, this game was okay to me. It wasn’t one of the best I’ve played, but its definitely not bad. I think it just needed to be longer. The routes definitely felt too short and like there was more content to be had. Also, it needed more build-up… especially in the hidden route. That being said, I think this game is very underrated and definitely under Otomate’s radar. The characters are also very likable and the game can get pretty emotional at times. I’m not sure if it’ll get a FD due to certain things that happen in the game, but I do think its worth playing and if you’re into murder/mystery in rural towns then this is for you.