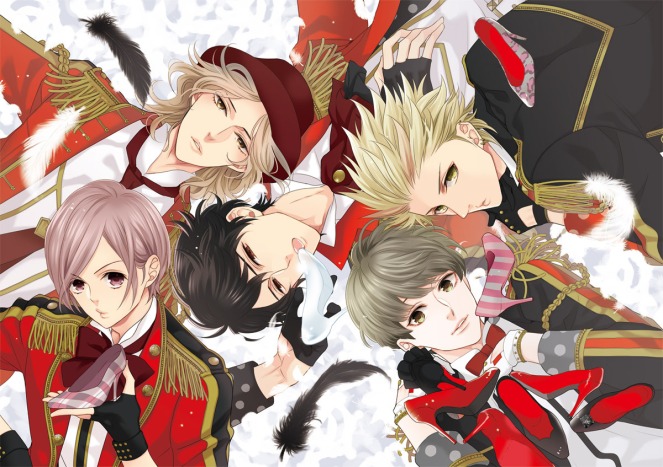 Futaba Fujisaki is a graduate of University who receives a call that she’s given the job at James Entertainment which she’s super excited and surprised to start. She has plans to be in a certain department, but ends up as the manager of Fortte and from then on has to deal with the dramas and scandals behind handling idols.

On her first day she spills coffee while bumping into some guy and suddenly mysterious man to the rescue! (Eiichi lol) He gives her his coffee cause he needs to out of there anyway. After that, Futaba arrives at the James building where she’s greeted by the president of James Entertainment, Lily. She officially assigns Futaba and her new coworker, Miya who was hired alongside her. They are told they’ll be starting training and both she and Miya are assigned to respective divisions. So Futuba starts her training and already has piles of work to do. She talks to her co-worker, Miya who is an idol fanatic in the contents division and is surprised to find out Futaba doesn’t even know much about idols. After that, Futaba encounters Ryou and awkwardly asks him where the bathroom is after realizing who he is. He let’s her know and she thanks him as he leaves to catch the elevator. Later there’s a meeting where Futaba has to attend while training for the ‘content division’ and encounters another member of fortte named Narimoto Osamu. He’s also a composer of songs as well much to Futaba’s surprise. 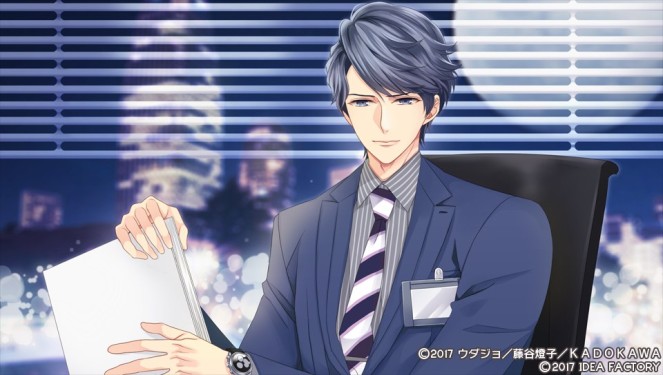 After training in the content division, Futaba moves on to the management division. There, Tsukishiro (the one who hired Futaba) js in charge and is more strict than anyone else there. He’s a hardass who’s really strict about things getting done. He tells Futaba she’ll be working in the manager division for 3 weeks instead of just one. Afterwords, Futaba gets a call to pick up both Takesue Takuma and Morishima Towa which she does. Takuma looks like a yankee but he’s actually a genki who’s excited to find out they have a girl manager (albeit Futaba confirms she’s only training and wants to be in the content division). Towa is a bratty kid who has a tude on him and the both of them ask for Futaba to make pit stops making her almost late. Thanks to this, Tsukishiro gets pissed and tells Futaba to stop get her shit together.

The weeks are brutal and Futaba is super tired from working in the management department. Futaba decides to take a break one day and during it she’s given a coffee by someone and as he leaves, she chases after him to thank him. She finds out its Akaboshi Eiichirou whos a member of fortte as well. She thanks him for the coffee and he tells her how she always works hard so she deserves to be praised lol. After noticing an incorrect photo was used for a print, he asks to borrow a sticky note to make note of it. Unfortunately she only had cat sticky notes so she decided to go buy some. When she got back though he had a call and had to leave but thanked her in advance. After Futaba’s training was up, Tsukishiro finally praises Futaba for a job well done much to her surprise. After that, Futaba is called to the president’s meeting room to announce that she is officially a member of fortte as their manager!!  Futaba can’t believe it since she was interested in the content division. Nevertheless she takes the role of manager. 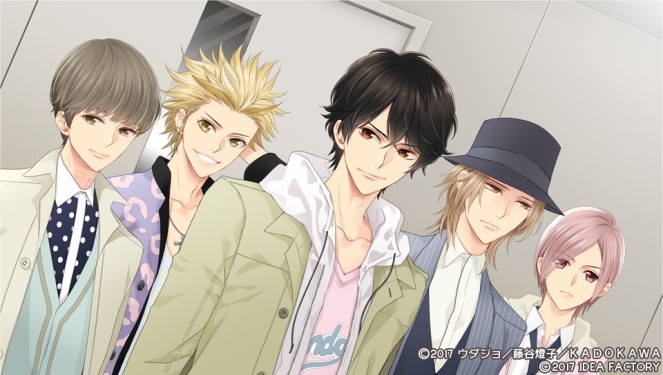 Futaba is given documents on each fortte member. She learns about Fuuto Asakura as well who’s also a member but he’s currently studying acting in Los Angeles. So she goes to a shooting where Eiichi is and reads fortte profiles while waiting for him. Futaba asks about Fuuto and he admits he and the other members of Fortte didnt really get along with Fuuto and he was more interested in acting all lot of the time. After that, Tsukishiro meets with Eiichiro and Futaba to reveal the stage being built in Osaka will be done next month. A group member of “Shibuki” will be there and Tsukishiro tells Eiichiro to behave himself. In additon, he wants to make sure no misunderstandings are made with Futaba being a love interest of Eiichi.

One day, Futaba goes to a shooting of Ryou’s and meets a man named Matsunaga Akizane who’s an editor of a woman’s weekly magazine. Apparently he interviewed Futaba while she was job hunting but ultimately never hired her because she lacked the “curiosity” aspect he oh so admires. Anyway, after flirting with Futaba, he leaves the photoshoot to have a smoke. Ryo notices he was talking to Futaba and tells her to not talk to him to much since he’s a guy who wants a scoop on everything. Ryo then brings up the concert that Futaba is attending with Eiichi and how she needs a wardrobe change. Ryo takes her to a clothing shop where he tells her she needs to wear more suitable clothes around Eiichi so she doesnt look like a peasant next to him lmao ok.

Anyway, he manages to find something for her but insists on paying and says its for Eiichi’s sake since he’s important to him. After buttoning her shirt out so her necklace can be seen, Futaba flustered about it but he assures him he’s not interested and even jokes about not being interested in women. Which makes Futaba think he’s in love with Eiichi lmao. He tells her he is important to him though and wishes for him to be happy. But also thinks Futaba needs a better fashion sense lol. After that, Futaba goes back to the James building with Ryo and they encounter Akaboshi Erina aka Eiichi’s older sister and an actress. She greets them both but leaves soon after. Ryo says he’s known her since childhood (even longer than Eiichi).

Story –  I’m not going to lie, I expected more from this story. It wasn’t nearly as dramatic as I was expecting it to be (I mean when you consider its an idol + manager type story). The format of what happened was literally the same for every route that it almost made it a chore to finish the rest of the routes. Considering this is the same writer that did Brothers Conflict, I wasn’t impressed. Even when there was a so-called ‘scandal’ it was immediately resolved and the only drama was the characters themselves, not the actual idol + manager thing?? Like why make that the sort of ‘problem’ but then do nothing of it. I never read the light novel so I honestly have no idea how much they used from it but if the light novel was anything like this I think I’d get bored easily. Overall it seems like this game could use a better plot to go with the somewhat annoying set of characters.

Characters – Ehh, the characters in this game were meh at best. I liked Tsukishiro best but that’s saying a lot when the game is about IDOLS. Everyone has these set of problems that are over the top stupid or just dumb. And I could’ve overlooked some of them IF THE ROMANCE WAS WRITTEN BETTER. But some of these characters’ routes bored the heck out of me (I’m looking at you Takuma). I mean, at least have an interesting set of characters? Eiichiro was okay But they don’t exactly give these guys very likeable personalities. Even if that’s supposed to be the case for idols their plots didn’t really make up for it. Albeit, I didn’t even dislike Futaba. She was actually a pretty good heroine.

Visuals & System – I really liked Udajo’s art in this game but that being said, it felt like there was more creativity in Brothers Conflict. Udajo’s art definitely got better, but some of the CGs were very plain. Like, to the point where there was nothing going on in certain CGs it was just a still of the character not really doing anything. When I look back at Brothers Conflict, I laugh at all the cute scenes they had but in this game it was so lacking. As for the system, THEY HAVE A SKIP BUTTON THANK THE LORD. That was a lifesaver in skipping. They also have a sort of flow chart to let you know all the scenes you unlocked. But the choices were made through a LINE text system so it was all pretty straightforward.

Music – The music in this game wasn’t very memorable. You’d think, being a game about idols it would be but eh, the opening was okay I guess. The ending was just annoying because it blasted in my ears every time I did a route. I don’t even remember most of the BGM to be honest. It wasn’t all that memorable. Albeit, there’s a part in the BGM there’s loud screaming before Fortte performs and its fucking annoying as hell. They shouldn’t have let it loop for that long while the characters talked cause it was soooooo bad.

Overall Thoughts:  To be honest, I’m not a big fan of idols and those type of stories typically bore me and this was no different. I literally bought this game because it was a Brocon spin-off and Udajo did the art. But wow this does not compare to Brothers Conflict at all! The characters are not as fun and quirky, they’re just annoying and thirsty af. Like, don’t get me started on Takuma, I just wasn’t interested in any of these characters. I kinda had a feeling none of them would suit my tastes, but they really didn’t. I literally started skipping certain parts because it just became soooooo repetitive.  They realllllyyyyy should’ve just made Fuuto a route. He was so much more likeable since he matured as a kid. Albeit,  I think Fuuto said something along the lines of ‘If you don’t give up, you can obtain love’??? something like that and I think he was referring to Ema but she’s canon with Subaru so ??? ok. Guess he still likes Ema or something. I guess I’m just too attached to Brocon to not compare these two games. I mean, both have light novels but I’m sure Brothers Conflict was so much more successful. I definitely think they could’ve wrote the romance better at least… its like BAM suddenly the character likes Futaba but for no reason??? Also all these guys are too fucking horny. Anyway, I now miss Yusuke and want to date him so bad. I really hope Sylph collabs w/ Otomate again for a Brocon Season 2 game but I know it’ll never happen. ¯\_(ツ)_/¯ 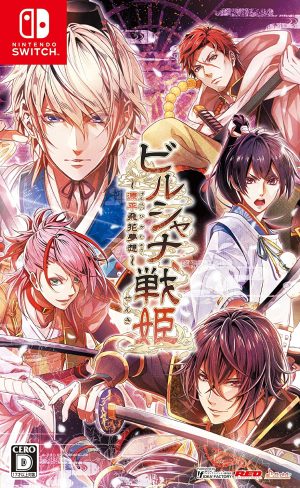 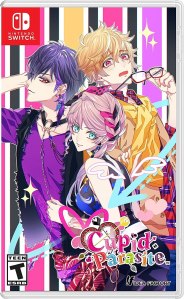 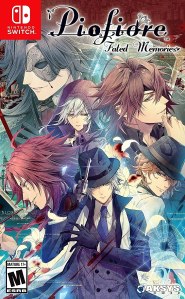 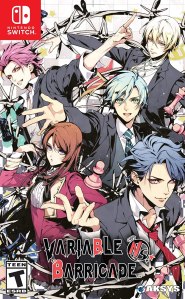 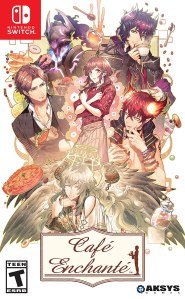 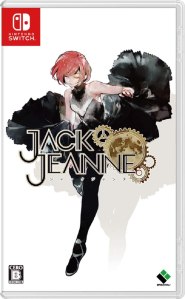 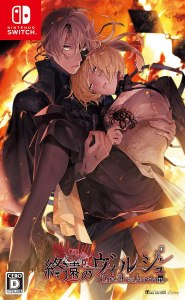 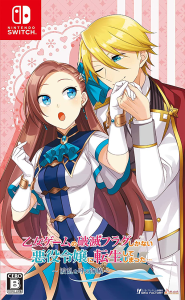